You’re probably thinking that this doesn’t make much sense.  But look at it this way:  when you’re in a strong relationship, you’re not tempted to sleep with someone else, or to spend all of your time at work, or to ignore your spouse and only spend time with your kids, or any of the other reasons that people say are the causes of divorce.

It’s the accumulation of hundreds of smaller events that led to the divorce.  When the trouble started, it was such a small thing that happened that nobody recognized where it was going to lead.

Consider this example: Your spouse doesn’t seem to be paying much attention to you, so you start to hang out with a friend at work more and more often.  Your spouse, feeling ignored at the same time, looks to others for companionship and friendship instead of you.  Trouble started innocently enough–there’s nothing wrong with hanging out with friends.  But at some point these people have developed 2 completely different lives and after a few years probably don’t have much in common anymore.

Yes, sometimes it’s more dramatic, like an affair or gambling.  But it’s all the same thing, really.  Instead of turning to your spouse for sex, comfort, sharing and fun, you turn to something, or someone, else.

This is also why a divorce is not just one person’s fault.  Both people contributed, even if their contribution was intended to be positive.  For example, consider the henpecked husband who’s been practically nagged to death by his wife (or the wife who’s controlled by her husband–same story, different sex). He puts up with it silently, never responding, and does what she says to keep the peace.

Who’s fault is that?  He put up with her behavior for a long, long time, never making much of an effort to change it, and not telling her well in advance that he was about at the end of his rope. If he’d held better boundaries with her and refused to put up with her nagging and insisted that they find a better way to communicate, maybe the marriage could’ve been saved.

Life is complicated.  Stop worrying about causes of divorce, and start worrying about communicating better, holding good boundaries, and creating shared experiences with your spouse and children and extended family, as well as friends. 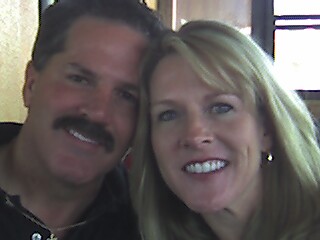