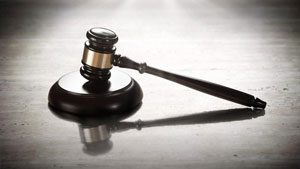 The term “accelerated divorces” got my attention yesterday when an edited version of this article appeared in the Los Angeles Times. The indications, from 2018 first-half data, are that there may be even more of a scheduling problem than was anticipated.

“Attorneys and judges are scrambling to finalize a flood of accelerated divorces prompted by new federal tax laws that eliminate the spousal support deduction starting Jan. 1.”

Even if your situation does not involve spousal support, you may be affected, as that mutual benefit prompted a rush of divorce filings before June 30, because a divorce can’t be finalized in California until at least six months after proceedings begin. In response, San Diego Superior Court officials say they expect an increase in divorce cases, and have begun clearing a backlog of judgments so they will be ready.

The article doesn’t go into mediation but one time that it can come in handy is when a quickagreement is necessary:

“There is also a caveat to the Dec. 31 deadline to finalize divorces. Through a process called bifurcation, a couple can agree on the spousal support portion of the settlement and get it approved by a judge even if other parts of the divorce remain unsettled.”

The article is worth a read and if you are concerned about something please contact us and we’ll tell you if there’s any way we can be of help.