Patty DeDominic is always happy to encourage people and organizations to utilize mediation services and believes that Peace Talks mediators are taking this important skill and protocol to greater visibility. Peace Talks mediators live their mission and they encourage others to find ways to make peace in business and in life. I wish we could employ her immediately to stop almost all litigation in the USA!
Patty Dedominic, Owner, DeDominic & Associates

I just got this message and wanted to pass it on as quickly as possible in case some people might want to join in on making some noise.

A woman’s right to safely and legally seek an abortion is under attack.

Donald Trump made it very clear—far before Justice Kennedy stepped down—that his choice for the Supreme Court would come from a list of pre-approved candidates, all of whom would overturn the landmark decision in Roe v. Wade. And now that Brett Kavanaugh’s confirmation hearing is scheduled for September 4, there’s no time to waste to mobilize Americans of all walks who want to stop a nominee who would rule against reproductive rights.

Join us on Saturday in Los Angeles to get loud and rally with the Rise Up for Roe Tour at the El Rey Theatre.

We can’t go back. If Roe is overturned, abortions will not stop. They will simply go back to being unsafe, unregulated, and an option only to those with access to the money and transportation needed. Women will die, and every senator who didn’t do everything they could to stop Kavanaugh’s nomination will be to blame. 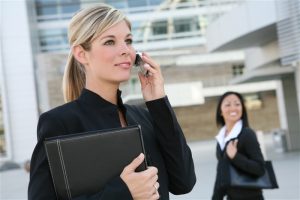 Since I get reminded on a daily basis of why a lot of moms are finding it harder to celebrate things sometimes this seemed a bright piece of news. If these bills actually make progress I will pass along the word on what we can do to support their passage. Enjoy the hopeful Senator’s wishes and in the meantime let’s hope that next year we’re a little slimmer and the bank account is a little fatter.

NY Senator Kirsten Gillibrand says Congress must do more to help working moms and their children so she is sponsoring two bills to address the issues of paid work leave and equal pay for equal work. Here’s how she put it:

In May 1914 Congress created “Mother’s Day” as a celebration but hasn’t done nearly enough with policies to give working mothers the support they need.

“The United States consistently ranks at the bottom among industrialized nations for paid parental leave. Many families spend over 25% of their income on childcare, and that number climbs to over 50% for single parents.

“The obvious pay gap between men and women, which is even worse for women with children, means that working moms are getting shortchanged.”  This is important because nearly two-thirds of mothers in the United States are the primary, sole or co-breadwinner.

Her paid leave bill is called the FAMILY Act. The FAMILY Act would guarantee up to 12 weeks of paid leave, with two-thirds of your paycheck.

Her other bill, the Paycheck Fairness Act, would help end wage discrimination. Right now, on average, for every dollar a man makes, a woman makes only 80 cents, and if you’re a woman of color, it’s even worse.

Studies have also shown that there is a “motherhood penalty” in our economy, where having children hurts women’s earnings while working fathers get an increase in pay for every child they have.

Women are going to play at Augusta National the home of the “Masters”. Even if golf is just another four-letter word to many of us this is the gender politics version of Jackie Robinson’s first game for the Dodgers. In another “Tear Down That Wall” moment an obsolete fixture tumbled because of social pressure from the “common sense” movement. Who knows next might be pay equivalency-be still my foolish heart.

Unfortunately, the first female shooter appeared thinking YouTube executives were blocking her broadcasts. While not involving a school it is still a very disturbing image for our daughters to process and I’ll pass on any helpful advice that pops up from my reading. Please feel free to do the same.

According to the statistics, most of us know of someone that needed help from a Planned Parenthood Clinic having nothing to do with the concept of termination.There are millions of examples showing that economic factors are preventing women from receiving very necessary assistance with serious health problems that they should be entitled to without question. This is a gender issue that should never have to be countered with pointing out that VIAGRA, for example, is often covered even though it’s not exactly a serious health medication.

With any luck and the necessary will perhaps it won’t be that long until we stop having to explain to our girls why the boys seem to be getting the better of the deal.